Filming long takes is always challenging. Filming long takes that in involve 360 turns and a walk through an entire building as well as outside with real street lighting is even more and even more so if you the building is a XVI century beauty that now serves as a museum, where it’s impossible to attach anything anywhere nor even raise the temperature more than 5 degrees Celsius lest the endangerment of its art collection. Plus there’s live sound being recorded and a boom operator walking by the camera at all times! But when a company cool as Blogotheque calls, giving you the chance to work on a project this satisfying you have got to deliver. Here’s a nice behind the scenes video of that experience. Edited by Luca Previtali.

Early last January I was called to film two music videos back to back from well known and beloved Italian artists. One was Argento vivo by Daniele Silvestri, the other Abbi Cura Di Me by Simone Cristicchi can be admired here. They both went on playing successfully at the most prestigious San Remo festival, sweeping all critics’ as well as people choice’s awards (but not the festival crown itself).

We filmed one long take from beginning to end, all lighting was cued up with the music thanks to a dimming board and a gang of uncompromising lighting technicians and dolly grips. I was on camera. We filmed at Lumina studios in Rome. Post production was carried on at InLusion VFX in Rome.

Art direction by Laura Latorre with the support of Flaminia Ciabatti

The Making Of Morning Blues 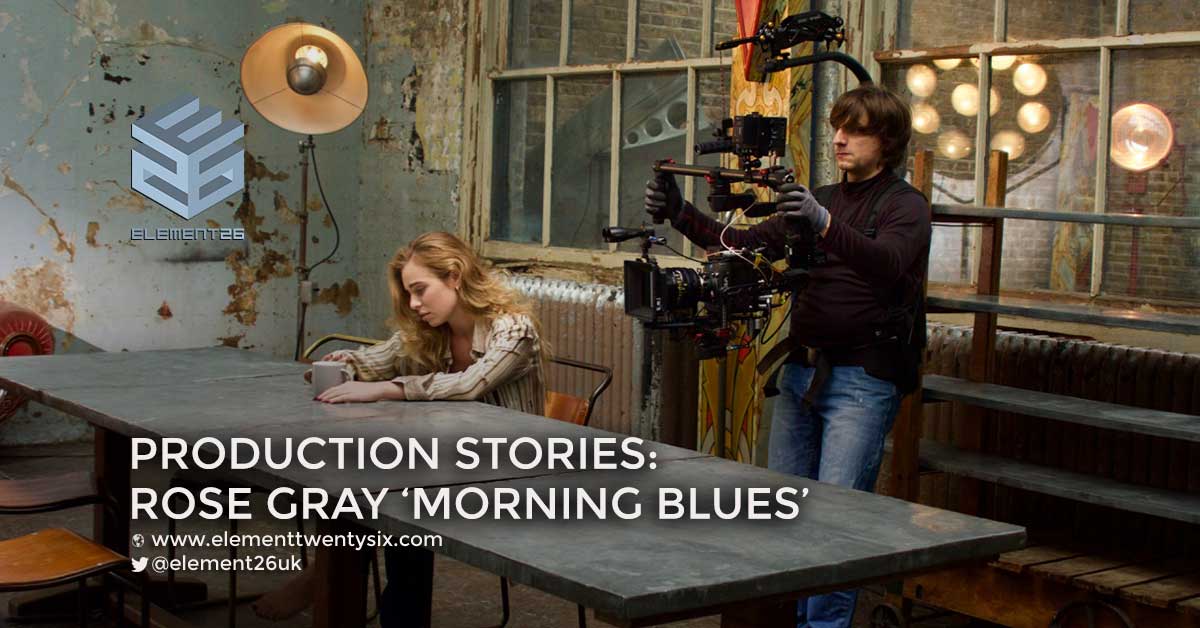 Here’s a very nice article about Rose’s music video I shot last year with the brilliant Gray Bryan at the helm.

On Anya’s YouTube channel is possible to watch all other videos for the shows we shot during the last two and half years. Link below.

I consider myself very lucky to have been involved on this production, fist as additional cinematographer for VFX and later as C camera operator. Working with Andrew Dunn, ASC, BSC is great and his tremendous experience seems endless, he is terribly generous with his knowledge and kind but always able to get the best out of you. Amazing.

I have to thank B camera operator/second unit cinematographer Gerry Vasbenter for the opportunity, whose qualities are too many to mention.

Uncredited by still very much part of it.

Here’s the trailer for Take Down, and Anglo-American production I had the pleasure to do some additional photography for (the shots of the lead running up and down the stairs to the lighthouse with a rope on his shoulders were shot by me). Unfortunately uncredited in the final release, I was in Wales with the guys for a short while. I still remember those steps!