THREE, the horror short film starring Melania Dalla Costa, written and directed by Alberto Bambini, wins two major short film festivals in the United States of America. It is with my great pleasure that the film is gaining some recognition, it was a collaborative effort that took a lot of passion and commitment. I am happy to have been able to bring Alberto’s vision to the screen and to have helped Melania’s performance with my lighting. Upwards and onwards to new exciting things!

It is with great pleasure that I can say I was invited to become a member of the famed AIC, the Italian Society of Cinematographer. Since I started this incredible journey within the film industry, without connections of sort, I always looked up at the AIC as the pinnacle of the art, a group of people who value the art of cinematography, whose aim has always been to push forward its boundaries and look after its associates. I am now a proud member of that esteemed group. It is not the end of a journey, just the beginning of a new, better and more surprising one.

KOWA ANAMORPHICS WITH THE BRMC IN BERLIN

In December 2017 we filmed four music video for the American band Black Rebel Motorcycle Club in the famous Babelsberg Studios in Postdam, just outside Berlin. Excited by the job, filming one of my favourite rock and roll band, and with the rare chance to design the lighting from scratch and control it fully I devised a set of color schemes for each song, helped by the use of specific gels and a set of Arri SkyPanel S-60C all connected to a DMX board.

More recently, last March I believed, I met with Anna Piffl at the AIC micro salon in Rome, excited by the fact that I had used lenses that were rehoused by the company she now manages, the brilliant P+S Technik, she asked me to write a few lines explaining my choices. Here they are coupled with a few pictures of the day and a backstage video (shot and edited by Luca Previtali):

When Giorgio Testi, my long-time friend and collaborator, asked me to join him on a new job financed by Apple Music he was going to direct, about filming the Black Rebel Motorcycle Club band in Berlin I was elated, not only because of the coolness of the job itself but also because I’d always loved their music. Giorgio and I have been very lucky over the years working for some of our idols like the Rolling Stones, Gorillaz, Pixies, Killers and Blur, just to name a few, but BRMC held a special place in our heart. A band for true rock and roll music lovers, their latest album was one of the best ones yet…

In the last few years size and high sensitivity on high end digital cameras’ sensors has meant a rediscovery of anamorphic glass, of each and every kind. We had recently filmed a show using old Kowa anamorphic lenses that Giorgio had fallen in love with. In contrast with the vintage Lomo anamorphic lenses, which we had used in the past, Kowa’s were lighter and warmer. I liked their look and I thought it was going to be perfect in a rock and roll scenario. However I, on the other hand, wasn’t a big fan of their original housing, often hearing complaints by my camera department on their user unfriendliness and overall stiffness. As I was trying to weigh my options I was given the opportunity from SeeYou Rent (where Gunnar Weber’s Bear Films, our production on the ground in Berlin, was renting the camera kit from), of hiring the P+S Technik rehoused Kowa Anamorphic lens set instead (provided by Ludwig), I jumped at it. I went to test the lenses the day prior the shoot at the rental house, where I was joined by my focus puller, Sebastian Katzer, who had been brilliant prepping the kit for me as he would be assisting me during filming.

I found the new housing very solid, made of high quality and precision. The bigger barrel, common front diameter of 80mm and 77mm thread for screw in filters render the lenses more easily employed on all sorts of application as well as more easily coupled with modern wireless lens control systems that the older design wasn’t particularly friendly with, given its inherent stiffness and small size. I find the Kowas to be quite soft generally, within the set I was given the 50mm seemed particularly so, in fact I ended using it less than the other three focal lengths and avoided using any diffusion filter with that particular focal length. I am not a fan of very shallow depth of field in and on itself, I like it but it has to serve a storytelling or visual purpose at least for me. In this particular case, being old glass, the lenses have a greater degree of optical and chromatic aberrations around the edges, especially on the two wider focal lengths, than we are used with newly designed anamorphic sets (the optical distortion found on the outer edges of the 40mm is more similar to the 35mm anamorphic JDC Xtal Xpress lens than that of the new Cooke 40mm anamorphic for example, which still has some contrary to for instance the ARRI Master Anamorphic who have almost none). For this reason I tried to keep them within a T4 to T2.8 throughout the shoot, only a couple of times going wide open as I was also asked to film mostly at 50fps and my lighting set ups where under at times. Doing so would not cancel out the optical shortcomings of the lens design itself but would help make them match more closely to each other as I found that when these lenses are used wide open (as with most vintage lenses, anamorphic or spherical), they tend to sway one way or the other often losing contrast and definition more so than when they operate slightly stopped down. Indeed, at T4 they were truly beautiful. The warmer flaring on this lens compared to the archetypal blue anamorphic flaring is spectacular, however harsh point light needs to be used as any slightly softer source, even a straight down the barrel Fresnel unit will only give you a wash more than a proper line. The rehoused lenses worked very well on both our Alexa Mini, one on a 360degrees dolly track around the built set operated by me, and the other on a Steadicam rig, operated by the relentless David Willert with focus puller Leo Kairat. Most of the time the 40mm was employed on the dolly whereas the 75mm on the Steadicam rig. We ened up filming four music videos in one day, within Studio 10 at Babelsberg Studio in Postdam, just outside Berlin. It was great to be given the chance to design the lighting from scratch, pick a colour scheme for each song and program the lighting movements from the ground up. On top of the two filming cameras, we had three video camera operators manning smaller prosumer cameras linked to a video mixer that was feeding their live feed as well as previously made graphics live onto the screens we had rigged within the set.

I am very proud of the results, Echo being probably the best of the four pieces we made that day. It was all possible thanks to the hard work of my entire camera crew (David Willert, Sebastian Katzer, Leo Kairat and Xaver Neumann our Tech Assistant), lighting crew (Felix Fisher and Jonathan Beck),  grip crew (Levent Suzen), the sound crew (Dirk Feistel was the sound recordist, Marta Bala our VJ and the video camera operators (Simone Pellegrini, Claus Kuhlmann and Brian Zajak), the production company and its people (our bro and sis Gunnar Weber and Julia Kempe and PA Konstantin Munzel), the studio, the band and of course the director, Giorgio Testi. A big thank you finally goes to editor Luca Previtali (who also filmed and edited the BTS video) and colourist Paul Diamond from My Brother Bob studio in London.” 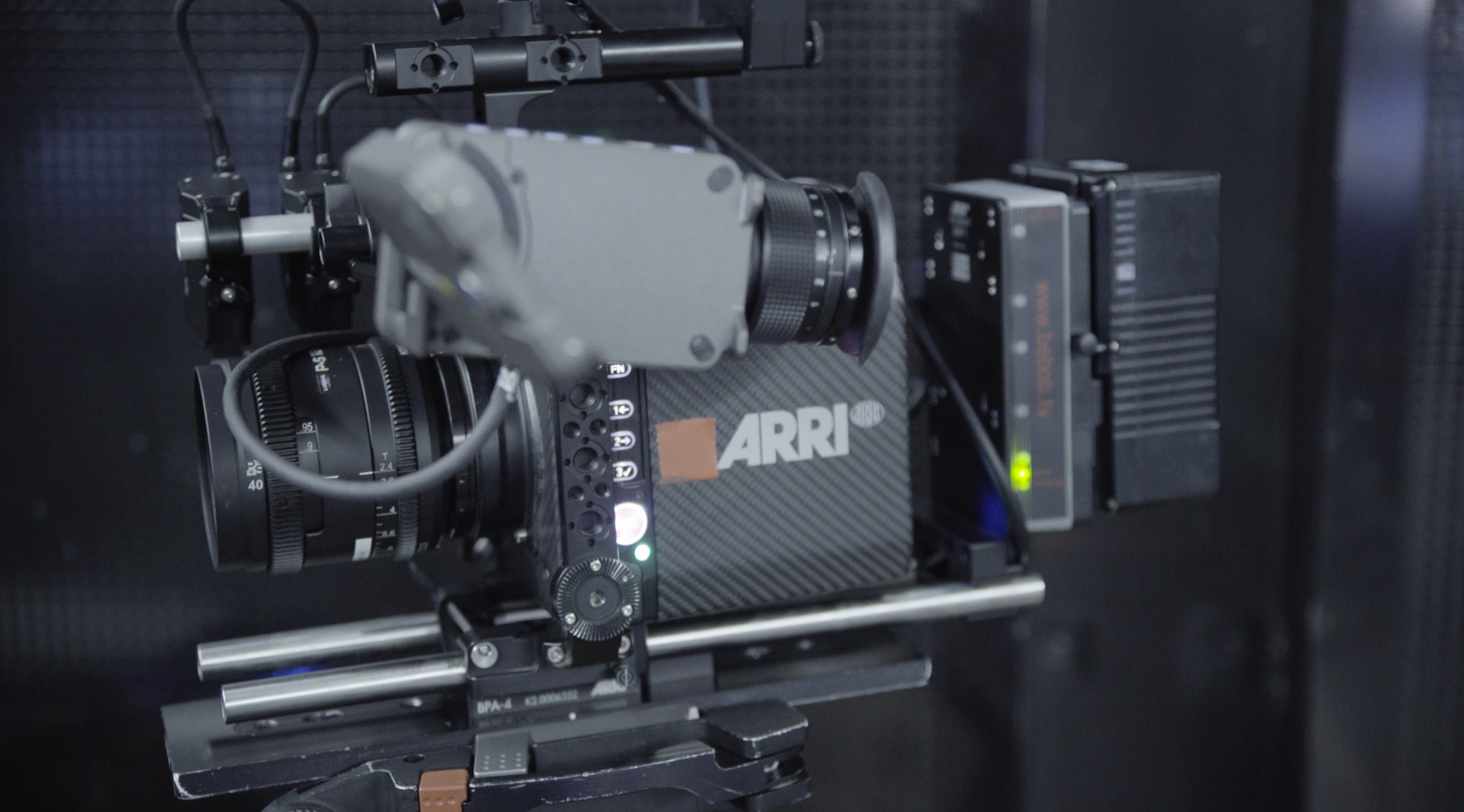 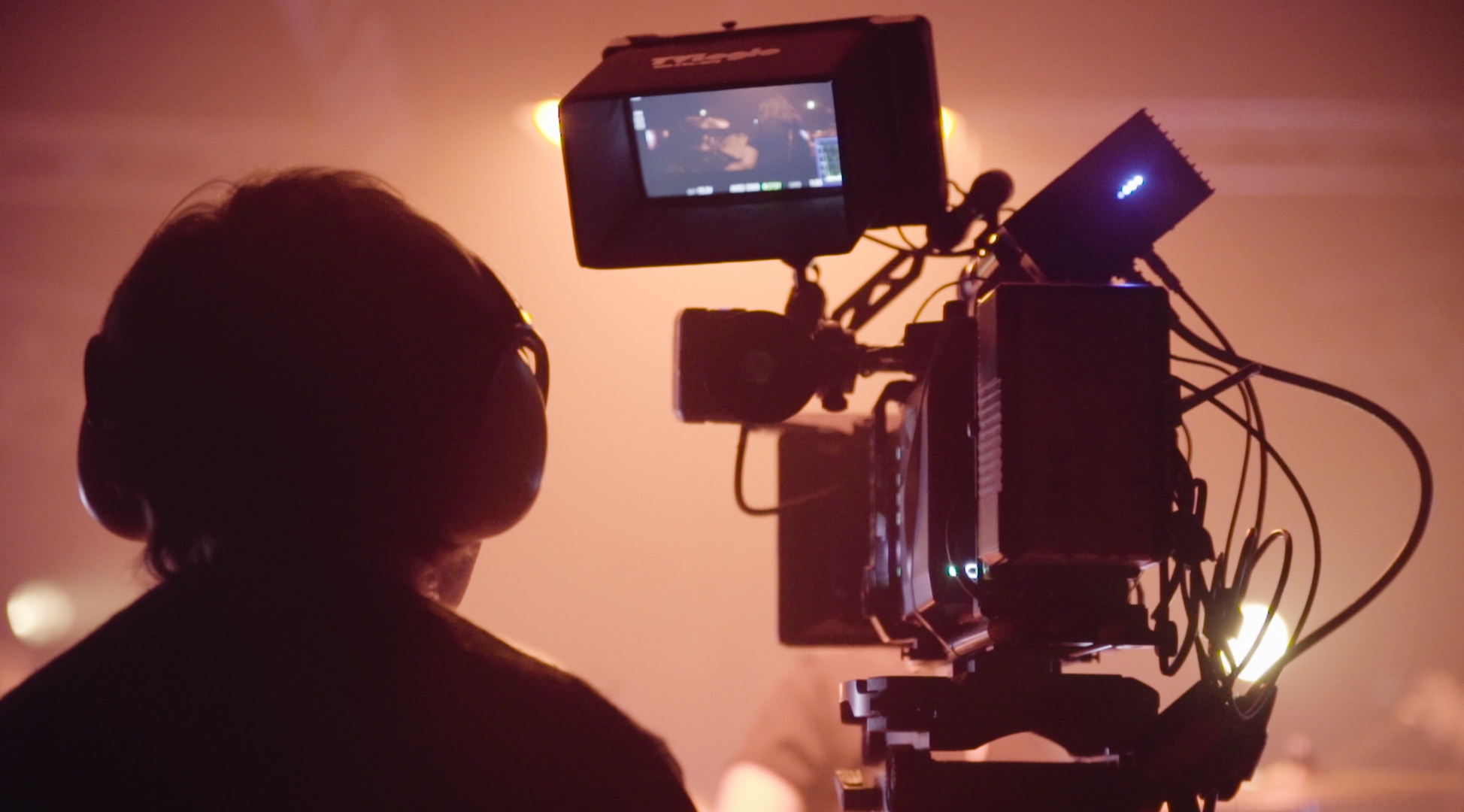 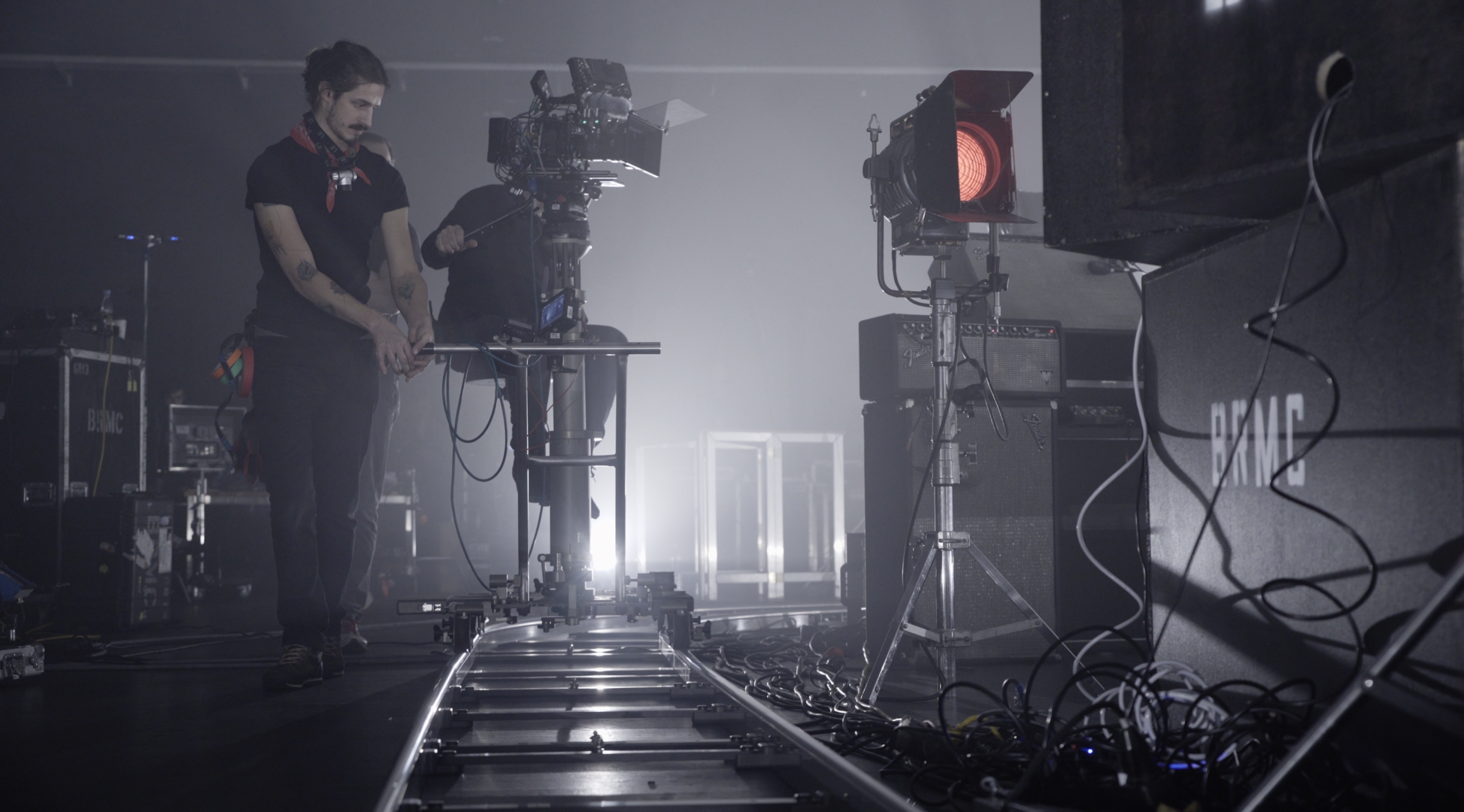 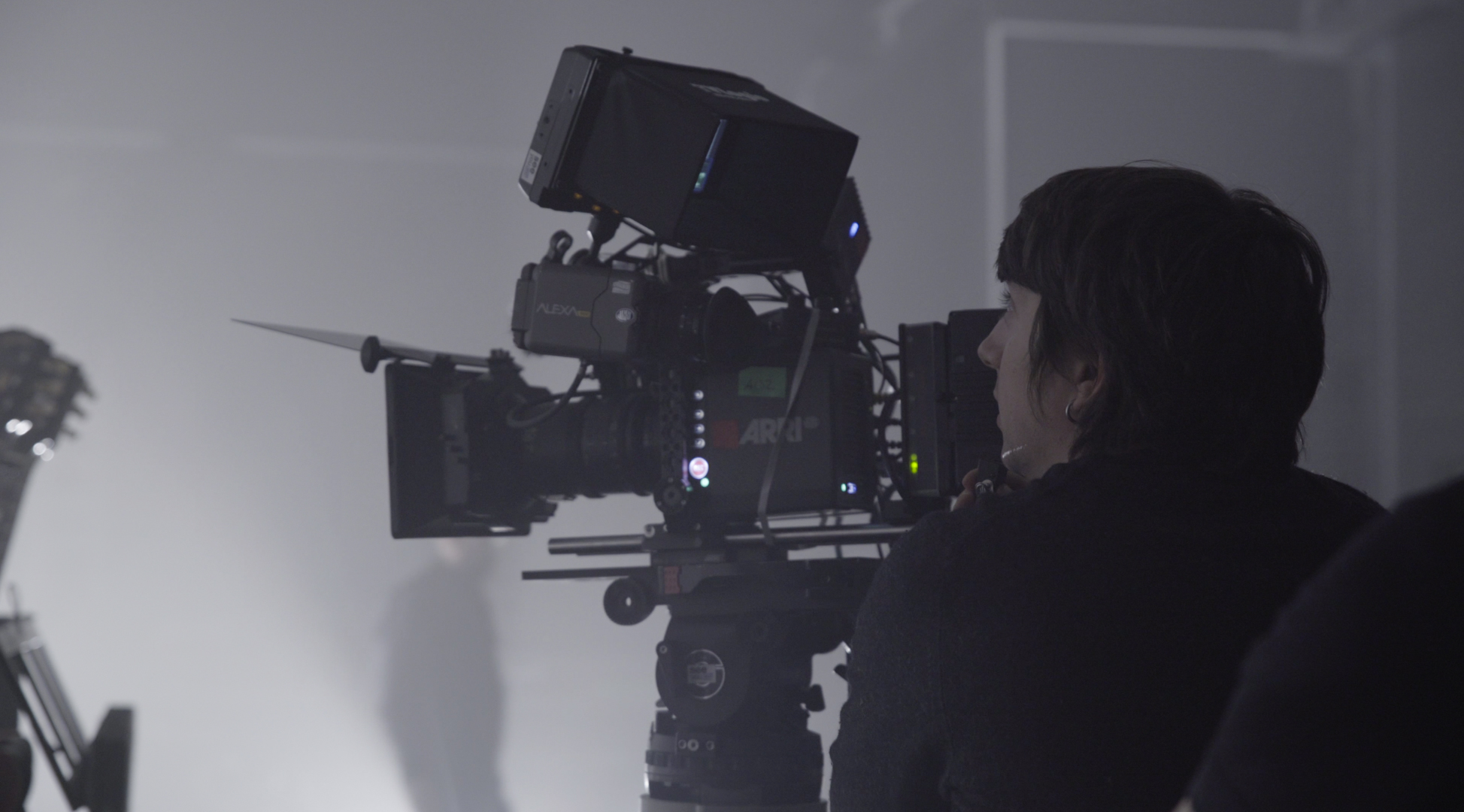 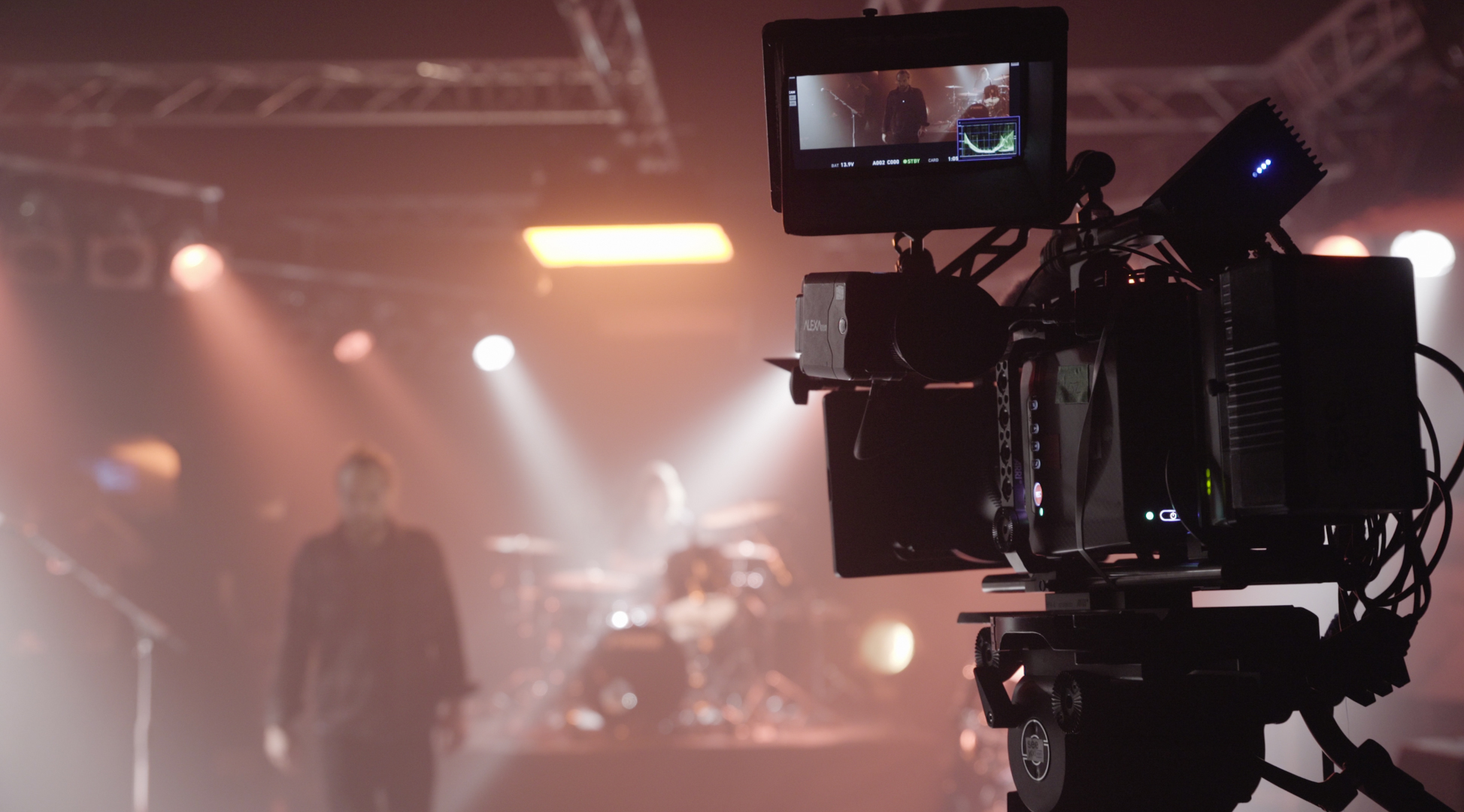 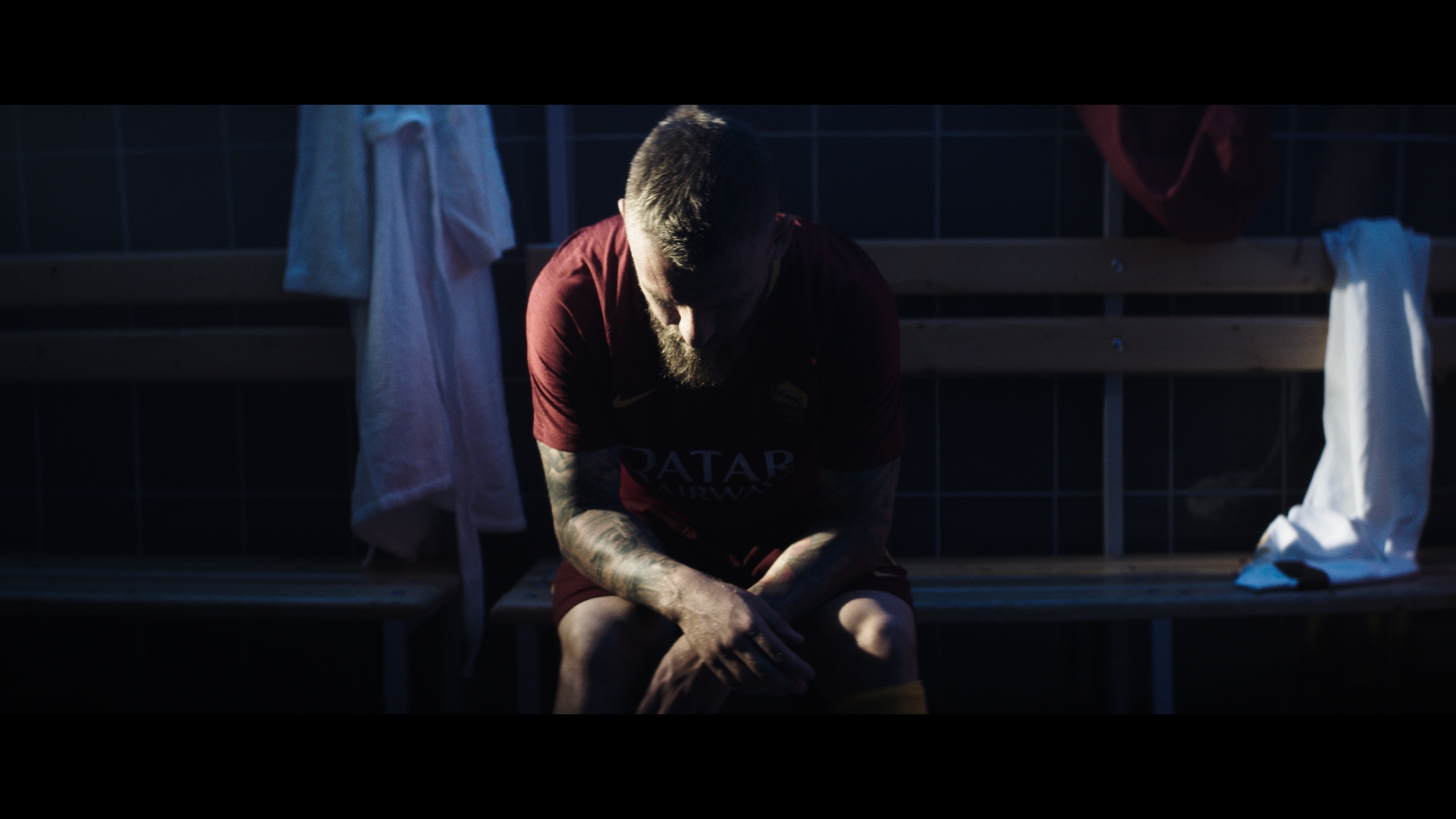